Everywhere you look on social media, it seems like everyone is hopping on the celery juice bandwagon. From celebrities to influencers and beyond, celery juice is the new hip thing to include in a seemingly healthy lifestyle. Promising reduced fatigue, increased energy, clear skin, less brain fog, and better digestion, I readily jumped in line. 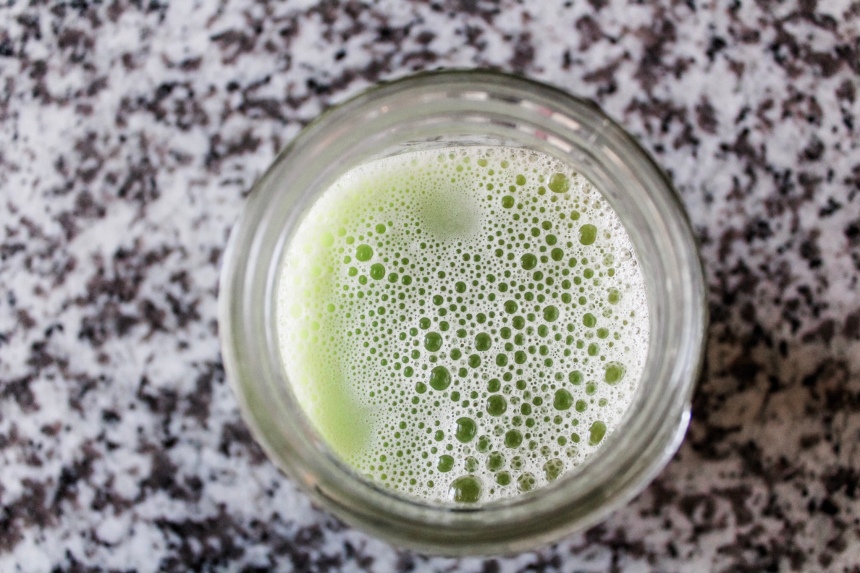 Drinking celery juice every morning on an empty stomach is a regimen made popular by The Medical Medium, Anthony William. He has had great success in creating a movement of healing, allowing people to recover from chronic and debilitating illness by using food as medicine. This sounded right up my alley! I am a huge supporter of finding holistic ways to rewire our bodies to combat disease. Drinking celery juice, he claims, directly influences inflammatory processes within our bodies that contribute to diseases such as Hashimoto’s, eczema, acne, and acid reflux. Celery juice “starves” the pathogenic components causing the inflammation, including bacterial and viral microbes, almost working as an antiseptic solution.

William also claims that celery juice is abundant in what he calls “undiscovered salts.” Here’s where things got a little murky for me. He goes on to say that in addition to inherent sodium present in the celery juice, there are other mineral salts that act as binding agents, drawing “bad salt” from “bad foods” out of the body. Huh? I’m pretty sure this type of molecular relationship was never presented to my human anatomy and physiology class in college! What I did find convincing was the notion that the propulsion of mineral salts through the GI tract allows for better absorption of nutrients throughout the day. The electrolytes assist in balancing pH levels, increase hydration, and encourage absorption. While I hate the dreaded reference to a “cleanse”, the best way I could understand this was that essentially, the celery juice helps to prepare the body for the nutrients that will inevitably come throughout the day.

With so many people claiming significant improvement in their lives from this simple addition, despite my skepticism of the actual science behind it, I decided to give it a 30-day trial. What’s the worst that could happen? My morning would routine consist of:

Easy enough! Or so I thought. A full sixteen ounces of celery juice requires an individual to juice an entire bunch of celery; the WHOLE thing. I decided to minimize the amount to 8 oz and increase if I found the routine doable. The other major roadblock in my new morning ritual was the lack of a legitimate juicer. Instead of spending hundreds of dollars on a new juicer that would go to waste if I wasn’t fully convinced by the celery juice movement, I decided to create my own method. I cut ½ of a celery bunch into small 1 inch sized pieces and blended them thoroughly. Then, using a spatula, I squeezed all the juice through a small mesh strainer. While this method required significant effort, it produced the same result. 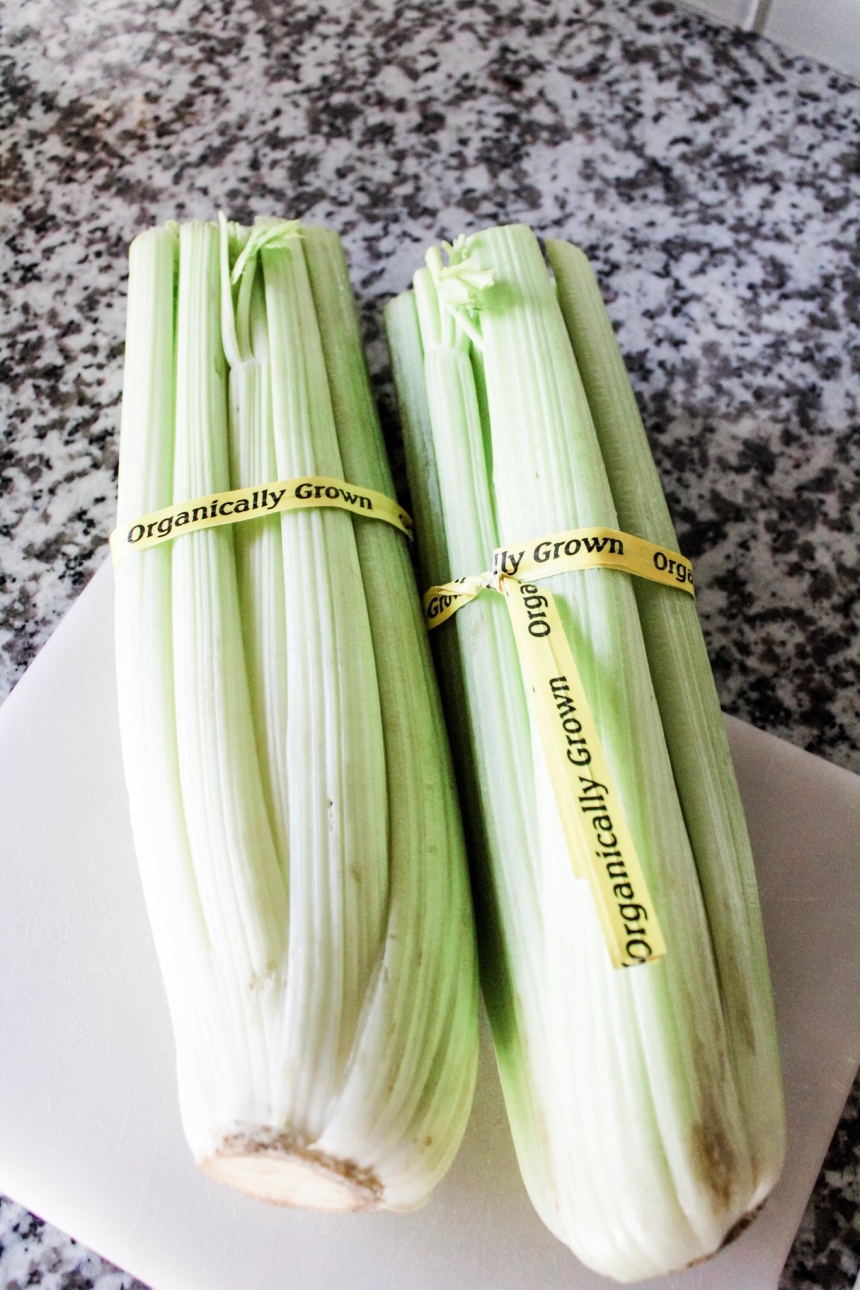 The first week of my trial was easy; I was fascinated by the promised results and motivated to put this method to the test. Over the last year, I have restructured my schedule to work out in the mornings. Two days a week I attend a HIIT/lifting class at 5:15 AM and the other three days I go for a run at 5:00 AM. My alarm goes off at 4:30, giving me time to wake up and prepare mentally and physically for my workouts. To make time for my new celery juice routine, I began getting up 10-15 minutes earlier to prepare my elixir.  It was necessary to gulp down celery juice before my workouts so I could drink my morning smoothie when I got home. The first couple of days were rough; no one necessarily looks forward to the taste or smell of celery at 4:30 in the morning. Getting it down was nauseating but I powered through! By the end of the week, I wasn’t bothered by the smell or the taste at such an early hour. The only negative side effect that bothered me was slight nausea during my workouts. I normally workout on an empty stomach despite the time of the day. Having 8 oz. of fluid sloshing around during burpees wasn’t exactly pleasant.

During week two, it became more difficult to adhere to the ritual. My method of juicing celery wasn’t exactly fool proof and it did require some commitment. I was tired because I was getting up even earlier than my normal routine, nauseous during my workouts because I had to chug 8 oz. of fluid before my class or run, and sick of chopping celery! I did notice that my face seemed a bit glowier (is this a word?) and my sleep was more sufficient. Whether this was a direct result of the celery juice was yet to be determined.

Weeks three and four were the most difficult for me. Drinking celery juice had lost its magic and I inadvertently missed three or four days of early morning juicing. I attempted to change my routine by making the juice in the evenings and drinking it in the morning, hoping that eliminating the preparation step in the morning would make my ritual more achievable. Once I changed my preparation times to the evenings, I found I was more committed to drinking my juice in the mornings before my workout. I also enjoyed that the drink was more refreshing due to its ability to chill in the fridge overnight. This step definitely made it more palatable to enjoy in the early mornings! I finished out my 30-day trial strong and have had some time to reflect on my experience.

This addition to routine takes time to make into habit. Once I discovered a way to include it in my mornings without interfering with my alarm clock, I found I was much more likely to reach for the celery juice before my workouts. While I didn’t notice any significant change in my energy levels or skin (at least not significant enough to attribute to celery juice), I did notice a change in my digestion. I no longer experienced significant bloat after eating breakfast! I also noticed a change in my mentality. Starting the day with celery juice primed my mind for the rest of the day to make healthy decisions.

While I did see some benefit, I also want to mention some of my less desirable thoughts about celery juice. One thing that nagged at the back of my mind throughout this experience was that by juicing the celery, I wasn’t eating or utilizing all the fibrous aftermath. Fiber is so good for digestion and gut motility. I also found it difficult to get on board with the “scientific” explanation of why celery juice can be beneficial. To me, it seemed like a lot of speculative and broad claims that don’t hold much weight in true nutritional science. Do I believe that some people see significant change in their lives from juicing celery? Sure. Do I believe that there are some legitimate benefits to starting your day with glass of celery juice? Sure. Will I do it again? Sure. Part of me is still curious about the long term effects of this routine even though I didn’t experience the drastic results that many people do.

I think what I enjoy most about the celery juice movement is that it isn’t a juice “cleanse”. It doesn’t require the participant to forego whole foods. My view of juicing has always been that it should be in SUPPLEMENT to your current diet. Juice alone CANNOT replace the nutrients you need by eating foods that have protein, fat, fiber, and yes, carbs.  Overall, I enjoyed this little experiment. I found that by the end of it, I truly didn’t mind drinking celery early in the morning. My big issue was the timing with my morning workout. So, while celery juicing won’t make a daily appearance in my routine, I could totally enjoy it a few times a week. See below for my celery juice guidelines if you don’t have a juicer like me!

Slice celery stalks in half lengthwise: 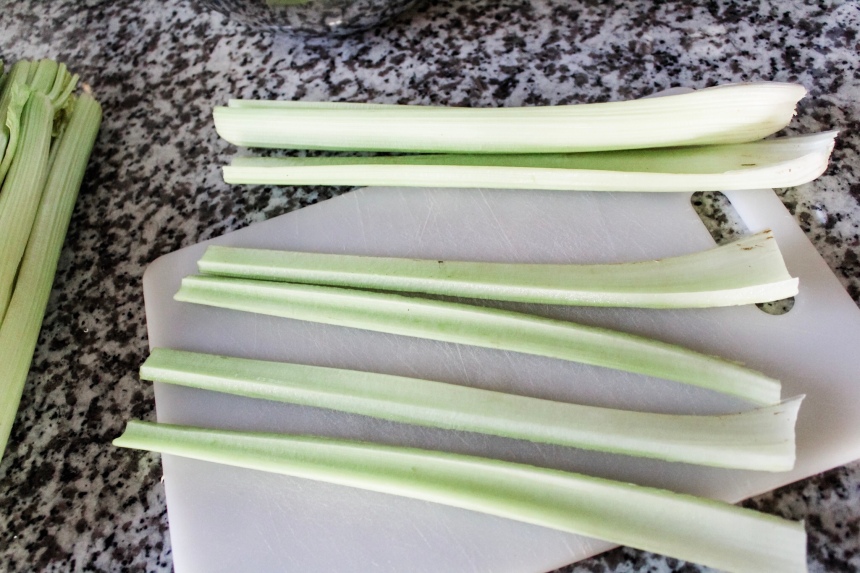 Chop into 1-2 inch pieces to pack into blender: 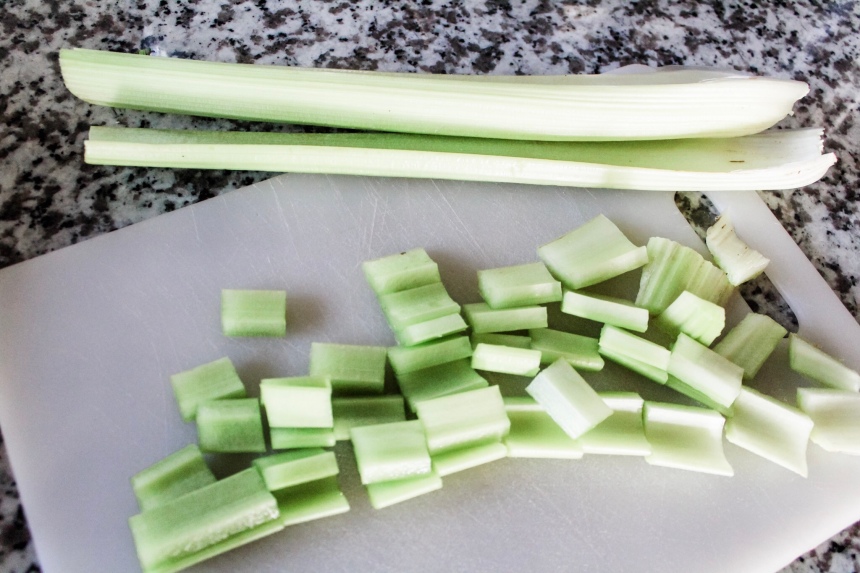 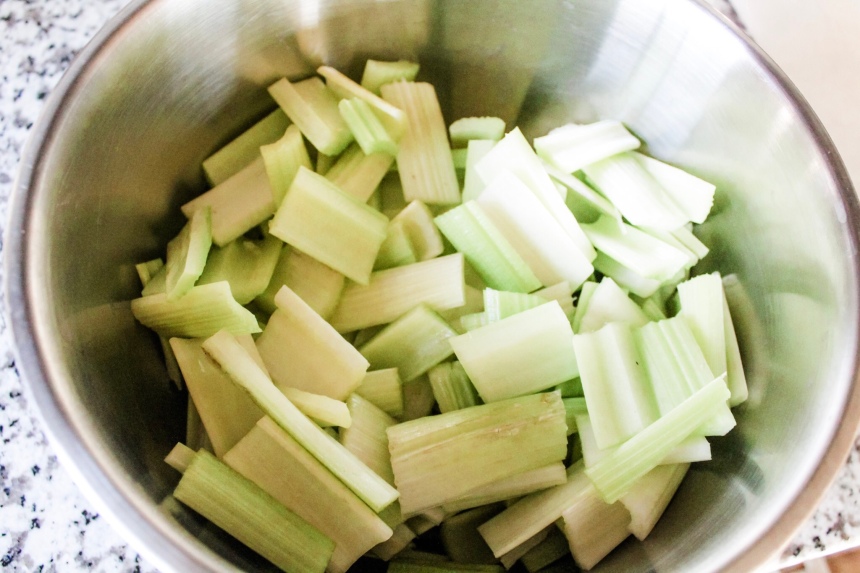 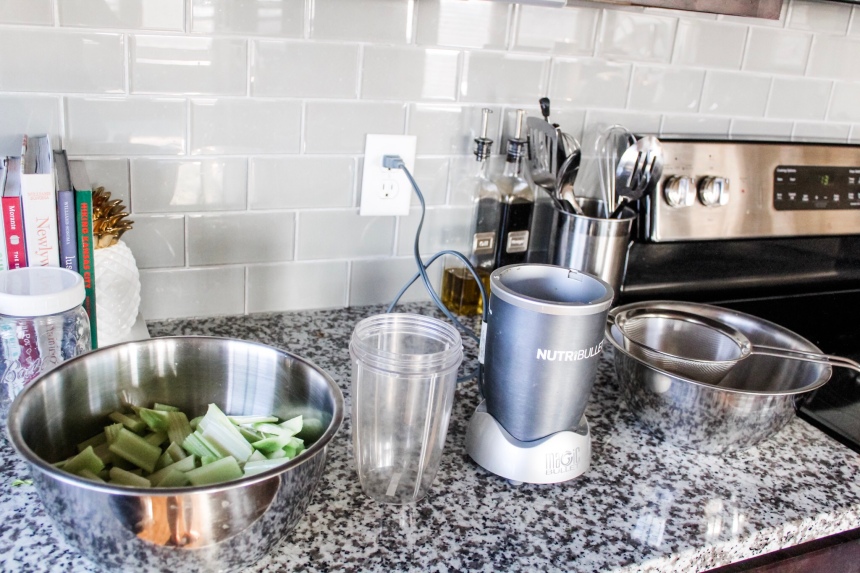 Fill blender and blend until smooth: 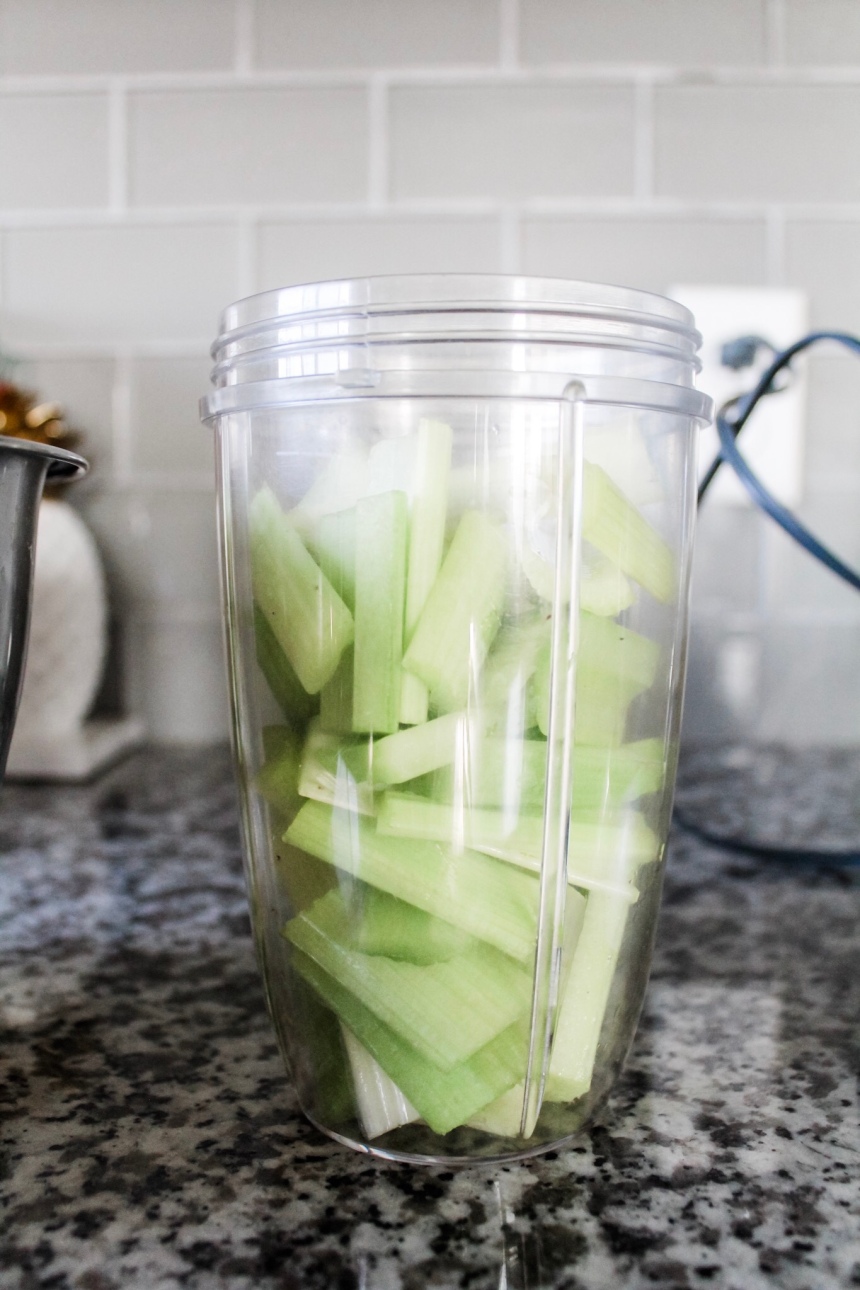 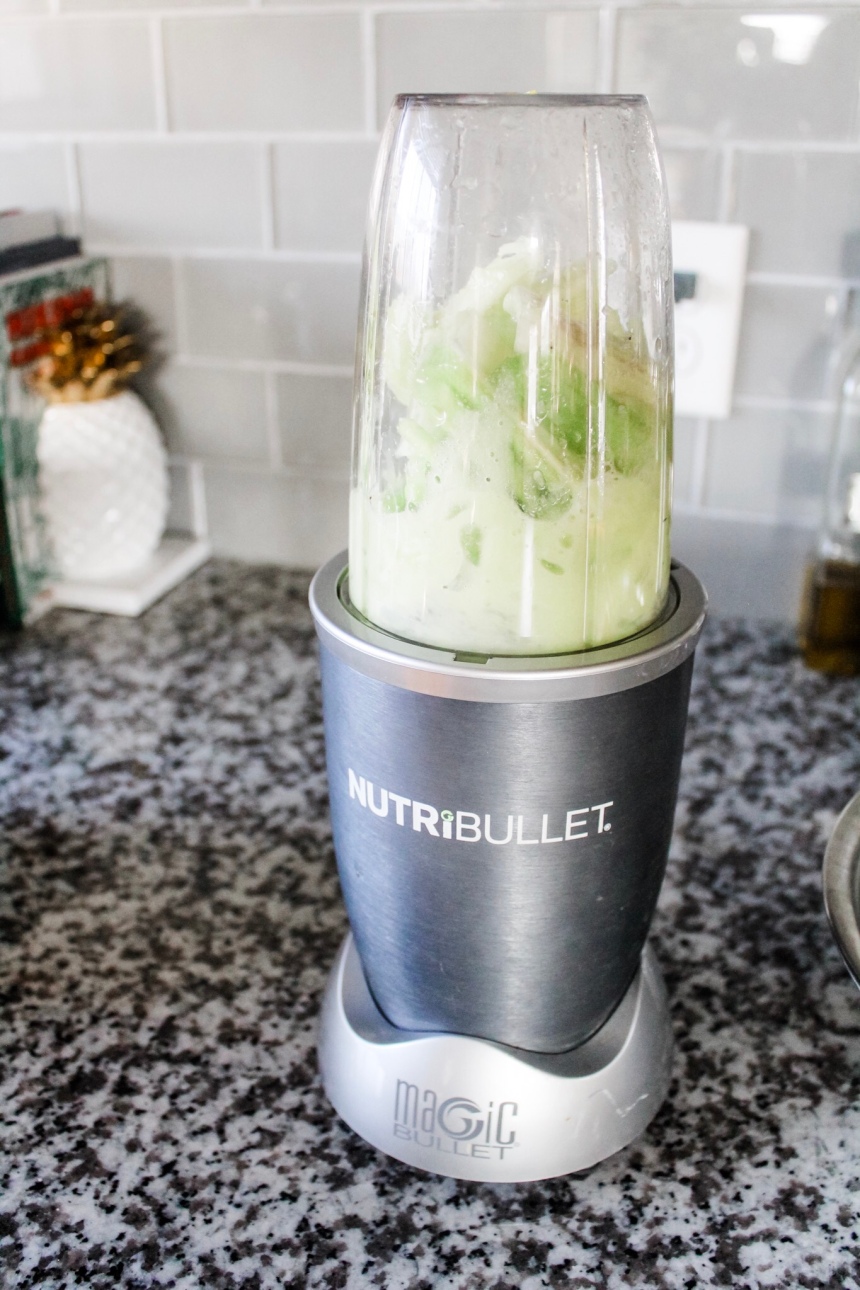 Re-fill blender with more celery and blend again until smooth: 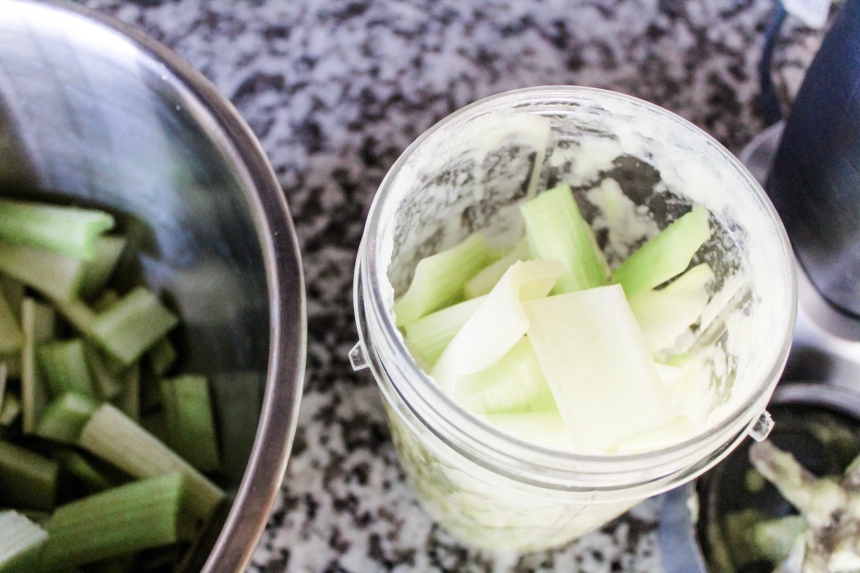 Strain with mesh strainer or cheesecloth: 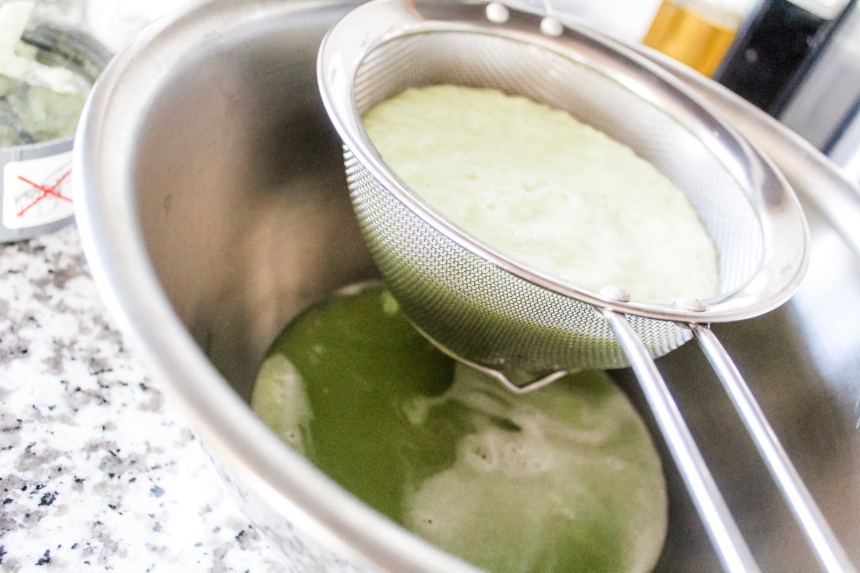 Use spatula to drain all fluid from the pulp: 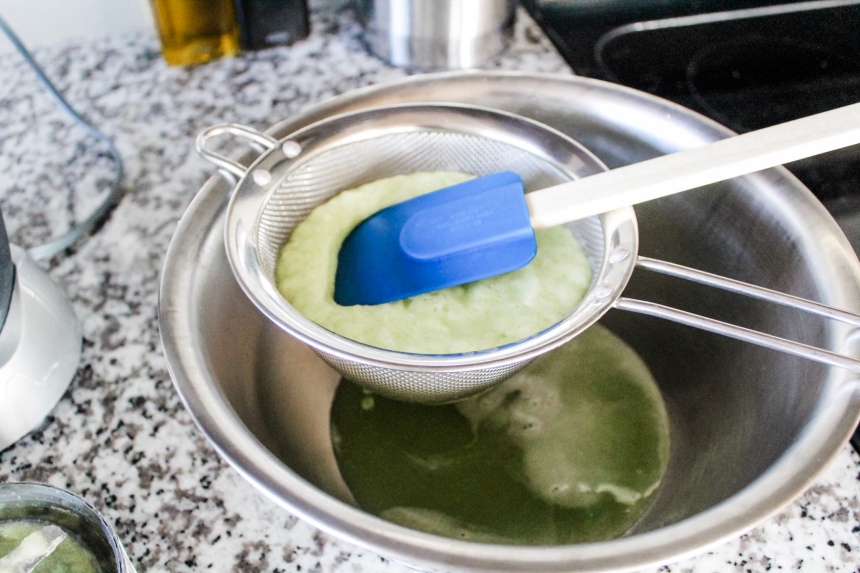 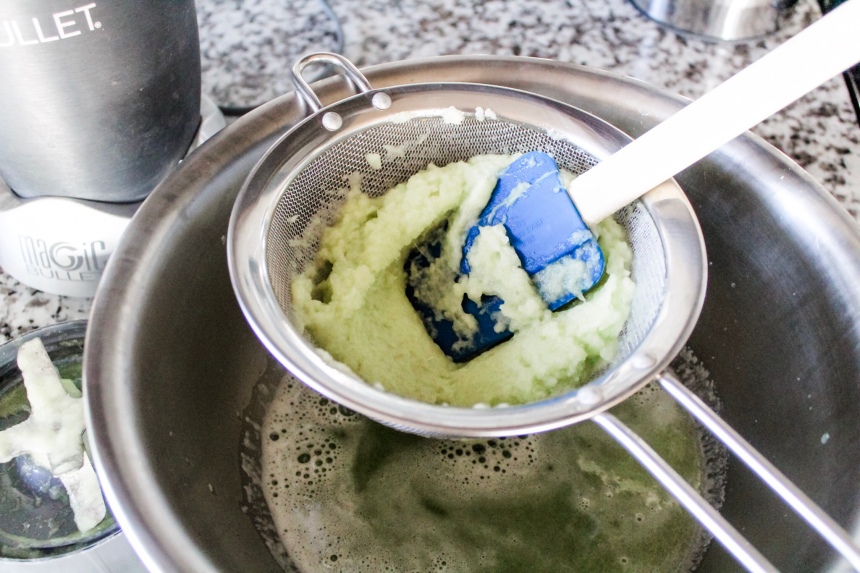 Enjoy immediately or store in the refrigerator for up to 3 days (when freshness decreases): 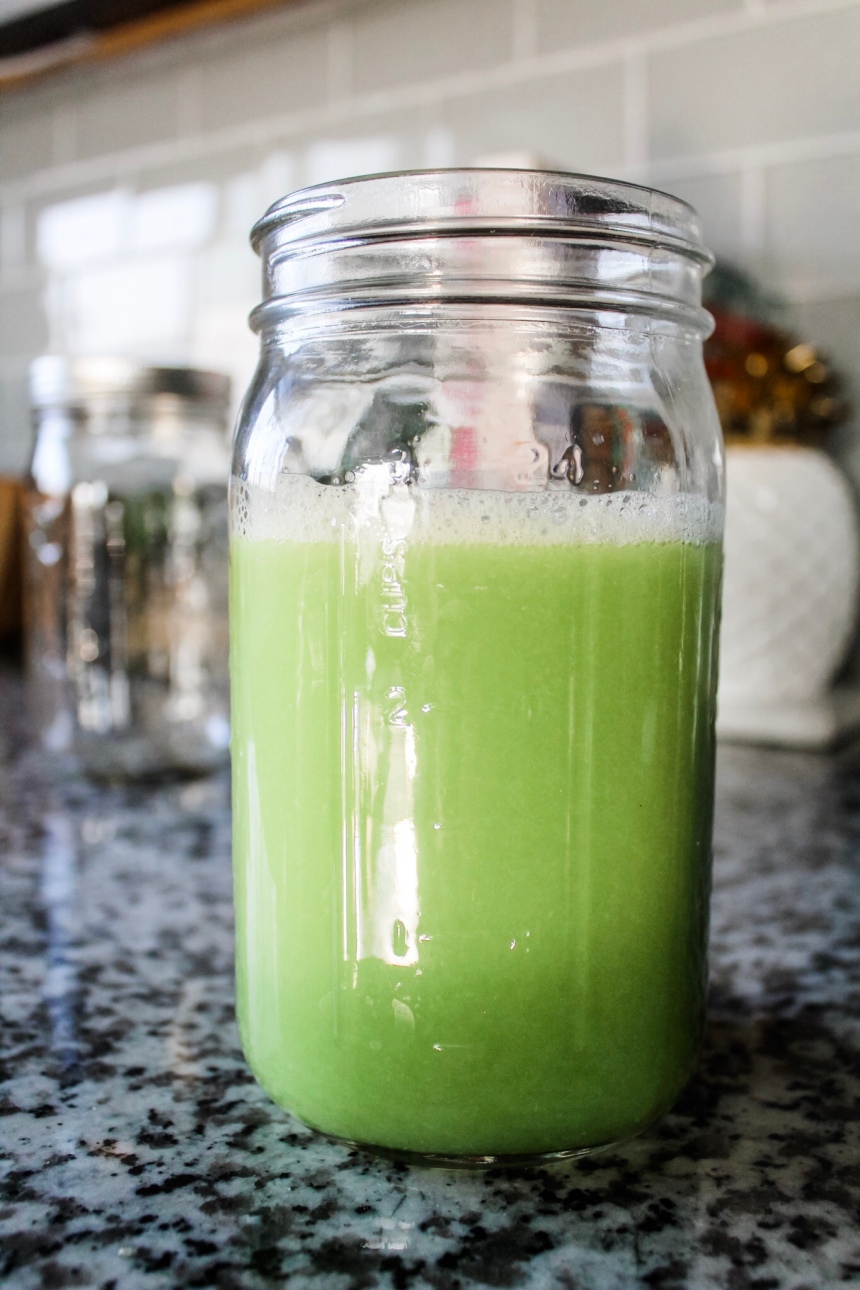 Have you tried celery juicing? What are your thoughts on this new health routine? Let me know!

Same, bro, same #happywednesday #babyschersch #babyscherschel
We blinked and Leo turned 8 months old! It is so much fun to watch him discover the world around him. Everyday I think how far we’ve come from the NICU and how fortunate we are to have a happy, healthy, curious, and sweet boy. Go, Leo, go! ✨
Let this be your reminder to schedule a skin check! Two years ago I had two moles removed, on my left shoulder and right shin, that came back from pathology as “atypical” and “concerning”. A couple months later I had excisions performed on both areas to remove larger margins. One of the excisions required a graft, so the dermatologist had to harvest skin from my abdomen. Both areas came back negative for skin cancer, but I’m left with the constant reminder of the very visible and slow to heal scars on three areas of my body. I needed steroid injections for the scar on my shoulder due to keloids. The discoloration will require laser therapy to resolve and while the the scars will be less visible, they will never permanently go away. On Monday I went in for a follow up skin check and another mole was removed on my left arm. Fingers crossed it comes back clear on the initial results 🤞🏻. Skin cancer isn’t an “old person” diagnosis. It’s commonly diagnosed in young people in their 20s and 30s. If you’ve ever had a bad burn, burn easily, chose to not wear sunscreen or use tanning oil, baked in a tanning bed, have family history, or spend lots of time outdoors - SCHEDULE A SKIN CHECK! And, for the love, please wear your sunscreen, today and everyday!
Mondays aren’t so bad ☺️ .
Love that this is our neighborhood! Living in the #PNW is truly the best! 🌲☀️
And on Thursdays we wear groutfits 🤍
Loading Comments...
%d bloggers like this: